Life in the desert

When we think of Mexico, we often think of the desert, cacti, rattlesnakes... Though much of those are true, the Baja Peninsula, especially near La Paz, has much more life than we think. We went on a hike into the mountains and saw much of this amazing life God created! 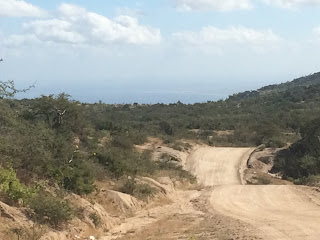 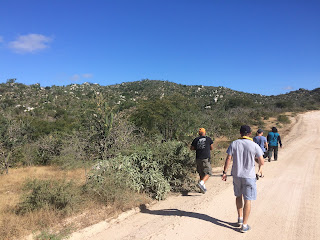 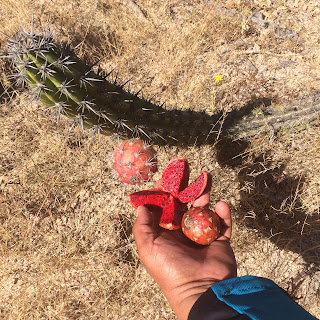 This is the fruit we sometimes call dragonfruit--there are at least two varieties, one that is red on the inside and one that is white, but they grow on this specific cactus variety in the mountains near La Paz. You have to take the spines off the fruit before eating, of course, but this one was delicious! 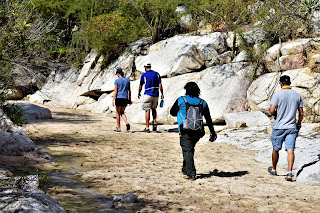 We walked along a dry riverbed ("Arroyo" is the Spanish word for these riverbeds) until it widened much more than this picture. Dry most of the year except for the few rains that come in the spring. Because it's so sandy, the water doesn't percolate down into the ground and flows quickly into these streams and down to the ocean. 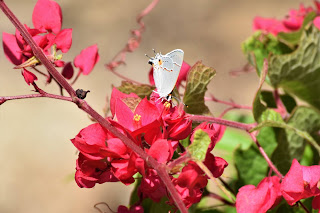 As we walked along the "Arroyo", there was a small oasis of flowery shrubs in a corner with dozens of butterflies. 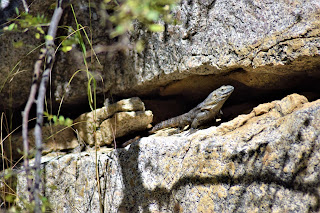 Black iguanas are common in this part of Mexico. 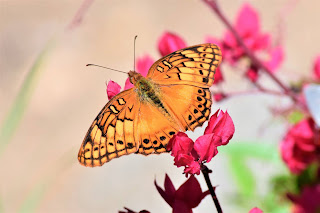 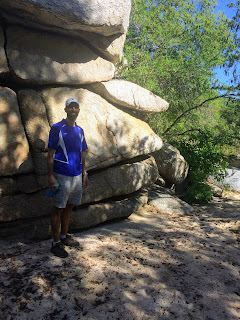 Our local guide, a new believer, called this rock formation "the protector of the mountains". Can you see the nose and mouth shapes? 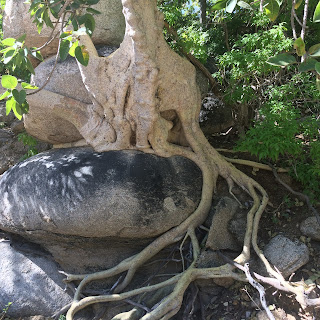 Look at how this tree has put roots out to look for water! 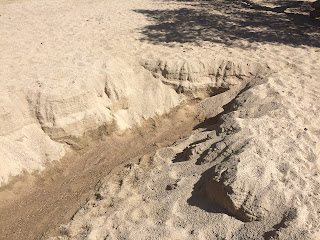 As we were walking along the dry riverbed, we suddenly came upon this spot where water was flowing underneath the sand! It may not look like much, but it is significant! 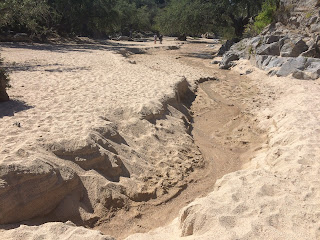 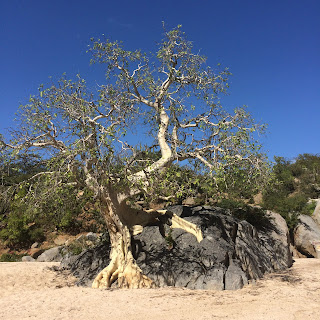 Another tree fighting to stay alive! 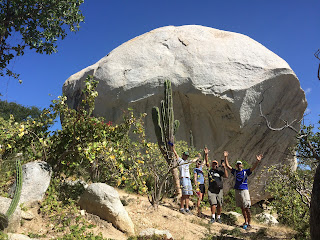 This was a giant boulder that's a historic site--there's a cave underneath where native Mexicans used to live and cook. 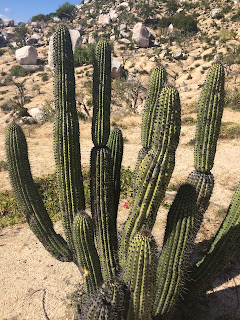 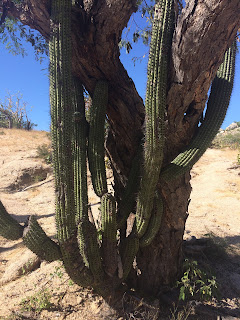 This was affectionately called "the marriage tree" by our guide. Why do you think? 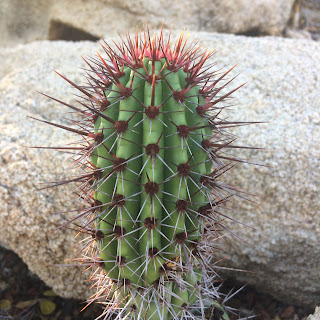 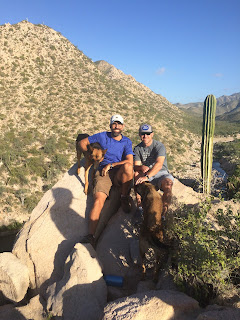 http://www.ranchoelcamino.org/main-en/
After hiking the prayer trail at Rancho El Camino with friends, we stopped to pray for the ministry God is using there. 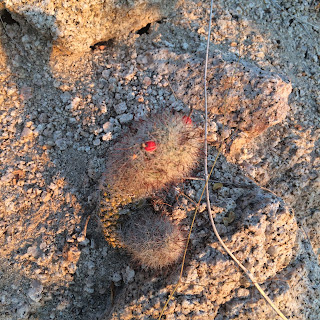 Looks like some creature bending over to talk to me, but it's merely a dried out cactus that didn't make it. 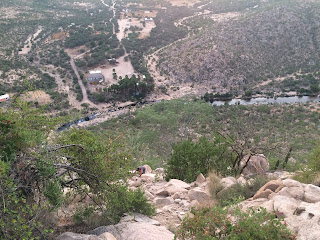 This is at the top of a tall mountain looking down at the ranch property. On the way up, we ran into a large rattlesnake...quite scary!! 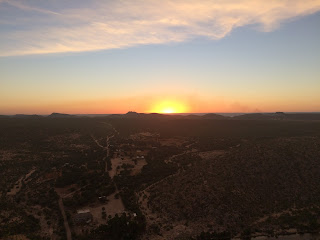 View of the sunset at Rancho El Camino. 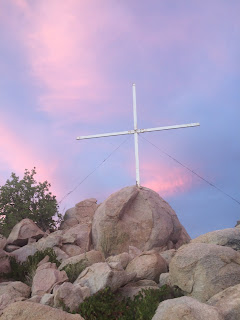 The top of the mountain at Rancho El Camino! 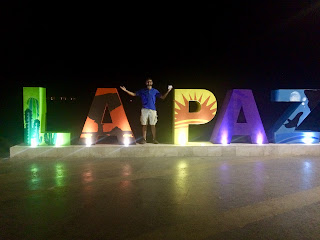 On the boardwalk in La Paz.

Last week I was with another TEAM missionary in Mexico and a short-term couple. This couple was checking out the many creation care activities that we do in La Paz. So we joined a group of people and another organization for a clean-up of one of the the mangrove beach areas. 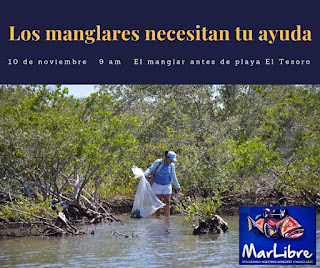 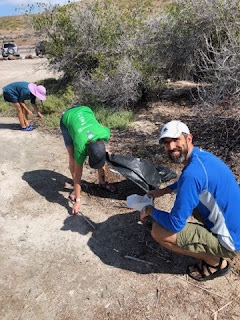 People leave so much trash behind them at the beaches after spending the day there, and it accumulates quickly when no one is picking up after them! There likely weren’t any other Jesus followers there with us, and the main organizer is very antagonistic toward Christianity. However, because we also care for God’s creation and about the people living there, we continue working with these people to share the love of Christ with them, and we work to bring God’s creation to a point of flourishing. But that takes work! So we spent the morning cleaning up tiny pieces of plastic, bottle caps, toilet paper, broken glass from beer bottles, and other items. When we were done, we had over 10 bags of trash!

One of the neat things at the end of the clean-up was that the main organizer told us “You did a great job guys! When we got here at 9 am there was trash everywhere; now, you have to actually look for trash!” 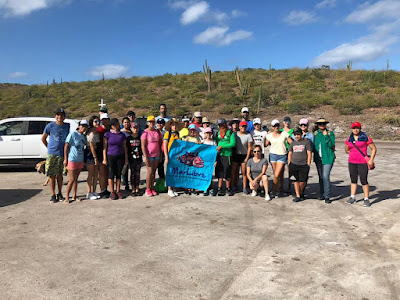 These are the kind of comments we hope to get from non-Jesus followers, especially the ones who are antagonistic toward us. We want them to see that we actually care about God’s Creation, and through it be able to start conversations, which ultimately lead to Jesus.

How about you--what are you doing to start conversations about Jesus?
No comments: