Noah went to Philadelphia with mommy to visit family. He had lots of fun with Grandpa Smith and Uncle Josh. It was his first time on a see-saw. 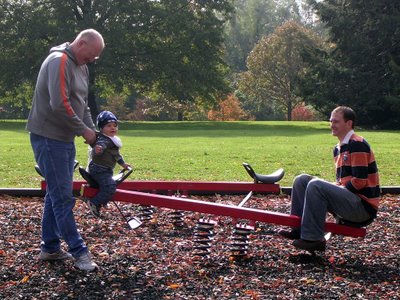 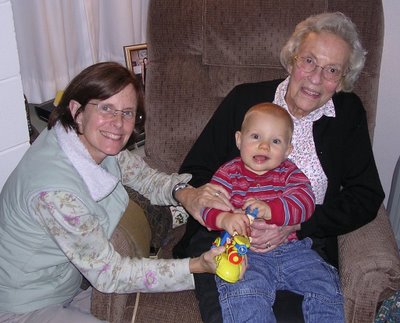 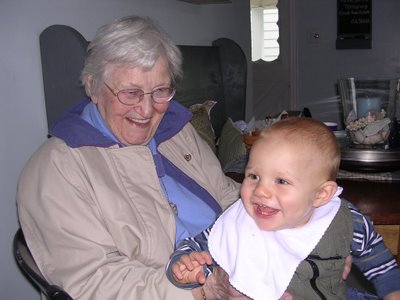 Dear Friends, you've probably received this as an email already, but here it is again for those who aren't on our email list.

We’d like to update you again where God has brought us this past year and where He is leading us.

Looking to the Future…

As we start preparing for this trip to with TEAM, will you pray with us? Please take a few moments right now and pray:
-That God will prepare our hearts for interaction with the seminary students and orphanage children;
- That we will be able to obtain a Visa for Noah;
-That Becky will be diligent in continuing to learn Portuguese;

Feel free to email us, call us, and/or visit our website at any time. We look forward to keeping in touch and are thankful for your thoughts and prayers.

I love you Nana! 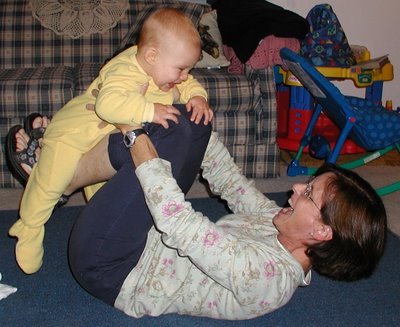 My mom (Nana Smith) came to help take care of Noah over the weekend while I rested from knee surgery. They both had so much fun together. We are so thankful she could come!! 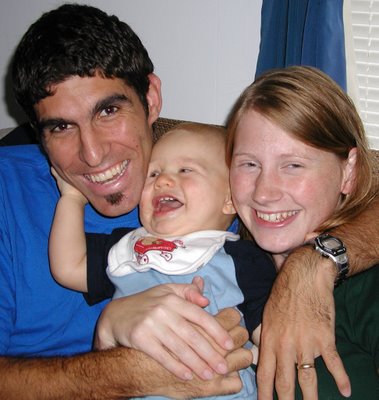 Noah is 9 months now and such a joy in our lives. He is at the 95% for height and weight and just keeps getting bigger, stronger and faster. We our so thankful for our son, who keeps us always smiling!

I'm giong to get you Bela! 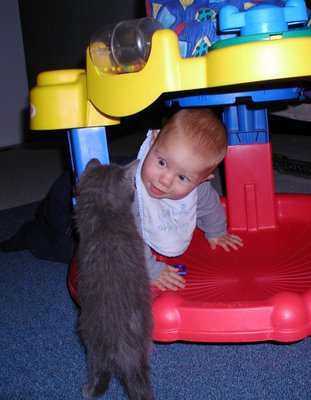 After much discussion we have finally decided to name our kitty "Bela", which means beautiful in Portuguese. She and Noah love to chase after eachother. She is a wonderful addition to our family. 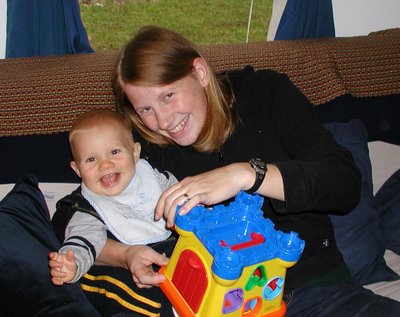 Getting in the habit...

This week had promised to be a busy one. In the midst of it all, I have been praying that God would open the door and give me an opportunity to share the gospel with someone today. Today my wife (Becky) had arthroscopic knee surgery at the hospital. I had shared with her and asked her to pray that there would be someone I could share the gospel with while I was in the waiting room and she was in surgery. As soon as I sat down in the very large, open waiting room, I realized I should have sat “over there”, closer to two guys chatting. I was so uncomfortable in my seat, I felt the Holy Spirit simply convicting me to get up and go over there with them to start a conversation. I felt the fear building up in my heart, in my mind. I tried to ignore, even deny the Holy Spirit’s conviction. I pulled out my Old Testament survey textbook to read for class…I didn’t catch one single word that my eyes read over. Finally, I heard the older of the two fellows open some sort of booklet and start reading it to the other guy—it was about total knee replacements. I knew that this was my opportunity to jump in. I picked up my stuff, walked over to them, and sat with them, stating that I wanted to hear about this knee replacement stuff because my wife might someday need to have one (which is true). I talked with both of them for a good 20 minutes, got their names, their professions, their background a bit, and then the older man, Steve, picked up a Bible and saw that it wasn’t a Gideon’s Bible. He realized that it was a different translation and group that had placed it in the waiting room. I asked them if they knew that specific church (listed on the Bible’s back cover) in town, which led me to also ask if they ever go to a church in town anywhere. They replied: “We’re Jehovah’s Witnesses, we go to the Kingdom Hall.” I said: “Really? Do you know Ashley Martin?” They said yes, in fact, he was the younger fellow’s good friend from another Kingdom Hall! Last semester I had “interviewed” Ashley at a Kingdom Hall in for a Theology class project. I had kept in touch with Ashley a bit by email this past year. I then started asking questions about their beliefs, since I have done a bit of studying on their distorted beliefs. At an opportune moment in the conversation, I seized the chance to share John 3:16 with them and diagram it out. I wanted to explain the differences between what they believed and what the Bible taught. When I asked them where they were on the diagram (it's the classing cliff diagram, the world on one side, God on the other, we're separated because our sin), the older gentleman said that we couldn’t take just one verse from the Bible and base everything on it (which was quite funny to me, because that is exactly what the J.W.’s do, even taking verses out of context). So I said, ok, then how about Romans 6:23? Still, they would not give me a direct answer. At this time my wife was getting out of surgery and I had to be with her as she recovered. So I kindly said thanks for interacting and maybe we could get together again to talk some more.

I realize that unfortunately with Jehovah’s Witnesses, a one time opportunity like today will rarely turn them from their distorted beliefs—the Watchtower Society (Satan and his cohorts) is/are very successful at keeping a tight rope around its followers. A long-term relationship is the key with J.W.’s. With them, as with most other non-Christians is not to tackle every doubt or wrong belief but to focus on the big issue—salvation in Christ, by grace through faith. One issue at a time, but start with the BIG stuff first!