Growing up in Brazil, we used to build these and race them on downhill roads in the city. What fun!
I found two of them hiding in a shed at the camp we were at in Portugal, so I decided to make up a tournament for all the teens and some of the adults there on the missions trip! What a blast we had! 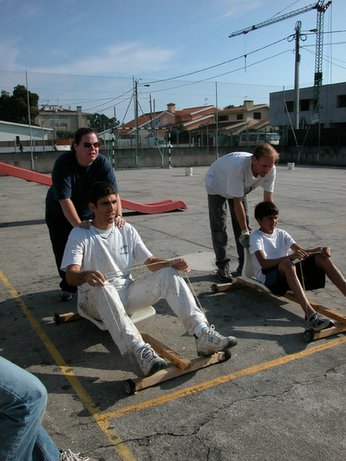 Have you ever done something like this? What did you do as a kid that would be considered unusual to the average American?